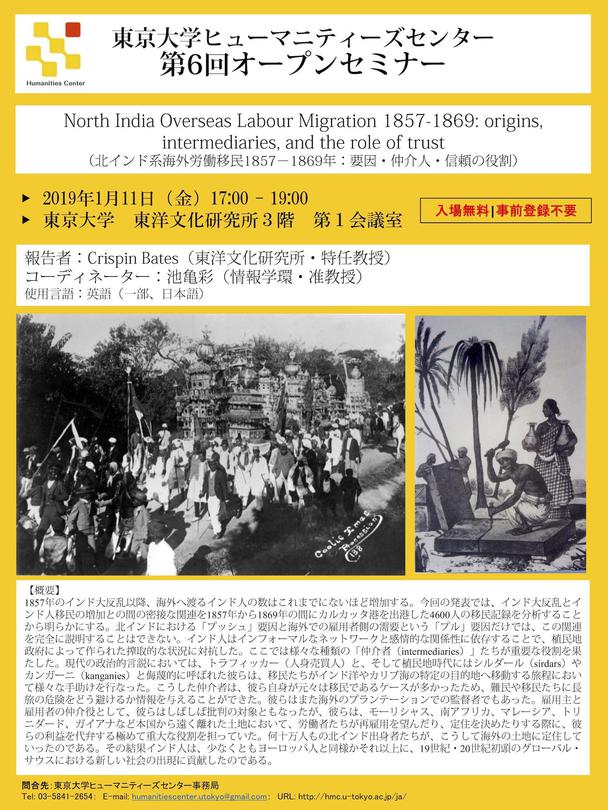 Indians travelled in unprecedented numbers overseas following the great Indian Uprising of 1857. This paper argues that there was an intimate connection between these two events: demonstrated by an analysis of 4,600 migrants from the port of Calcutta between 1857 and 1869. However, 'push' factors from north India and 'pull' factors arising from the demands of employers were only part of this story. Indians used informal networks and affective relationships to counter the exploitative arrangements set in place by colonial governments. Crucial to their migrations were intermediaries of various sorts. Known as 'traffickers' in contemporary political discourse, or as 'sirdars' and 'kanganies' in colonial times, they assisted migrants in their journeys to specific destinations around the Indian Ocean and in the Caribbean. These intermediaries were usually themselves 'old migrants' who could inform refugees and migrants how best to avoid the hazards of their long journey. They also acted as overseers on overseas plantations. As middle-men between the employers and workers, they were commonly criticised. However they performed a vital service, especially when it came to representing the worker's interests if they chose to re-indenture and settle in far-flung destinations such as Mauritius, South Africa, Malaysia, Trinidad and Guyana. Hundreds of thousands of Bhojpuris and their families chose to do just that. As result, Indians contributed at least as much as Europeans to the building of new societies across the global south in the 19th and early 20th centuries.