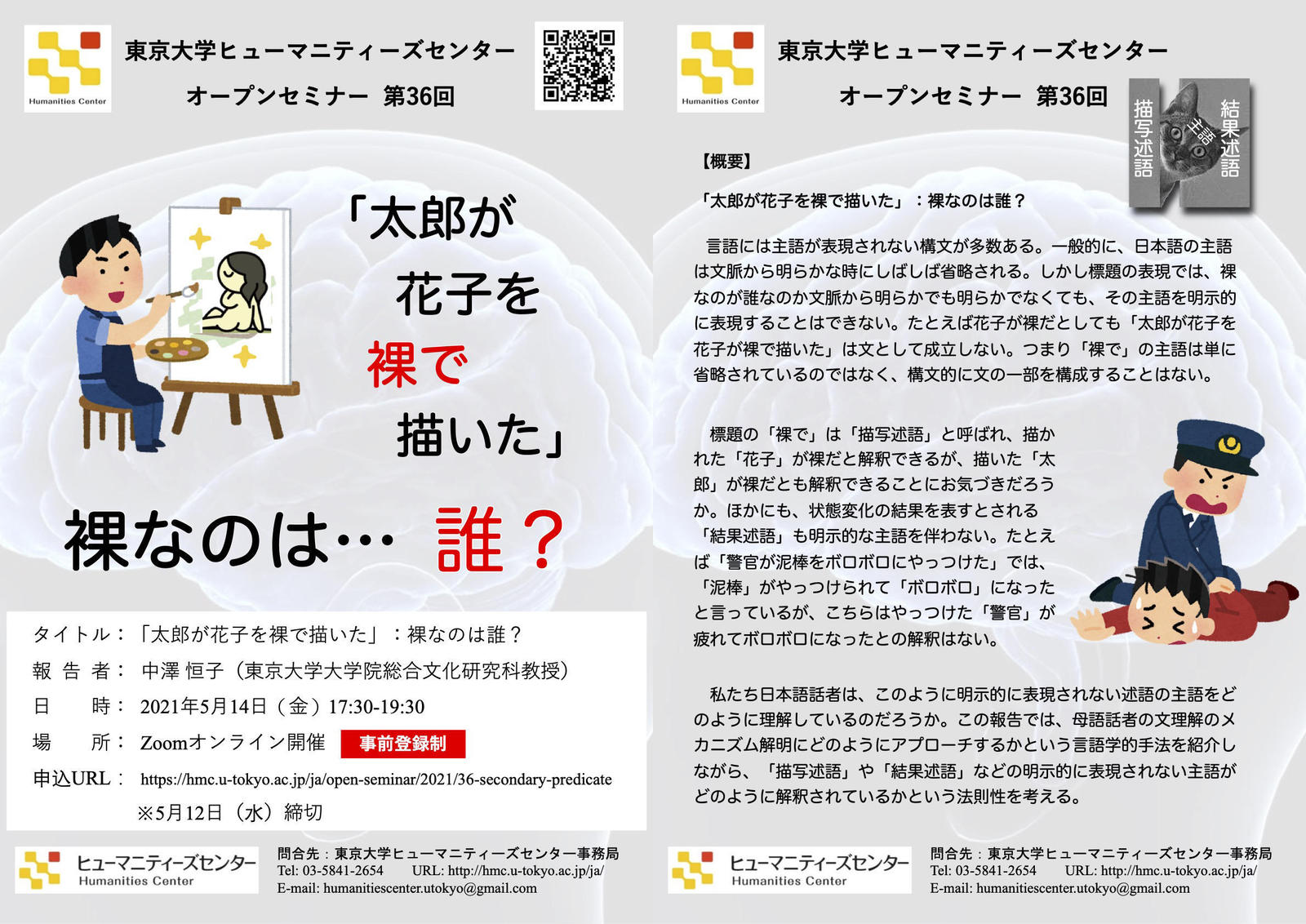 There are many linguistic constructions in which the subject is not expressed. Generally speaking, in Japanese, the subject is often omitted when it is clear from the context. However, in the title, regardless of whether the subject of "naked" is clear from the context, it is not possible to overtly express it. For example, if it is Hanako who was naked, "Taro-ga Hanako-o Hanako-ga hadaka-de kaita (literal: Taro drew Hanako Hanako naked)" does not constitute a sentence. In other words, the subject of "naked" is not omitted but rather does not form part of the sentence.

The word "naked" in the title is called a "depictive predicate" and it is generally interpreted to mean that Hanako was naked while being drawn. Note, however, the other interpretation is that Taro was naked while drawing. The "resultative predicate," which indicates the result of a change of state, is another example which does not allow the subject to be overtly expressed. For example, the sentence "Keikan-ga dorobo-o boroboro-ni yattsuketa (literal: The policeman battered the thief to a pulp)" means that the thief became "a pulp" as a result of being battered, but in this case, it cannot be interpreted as meaning that the policeman who battered the thief was "a pulp" because he had become exhausted.

How do we Japanese speakers understand the subject of these predicates that are not overtly expressed? This presentation focuses on the principles that govern the interpretation of unexpressed subjects, demonstrating the linguistic approaches to analyze the mechanism of sentence understanding by native speakers.