Does the Power of Speaking Create Power? Questions from a Historical Perspective 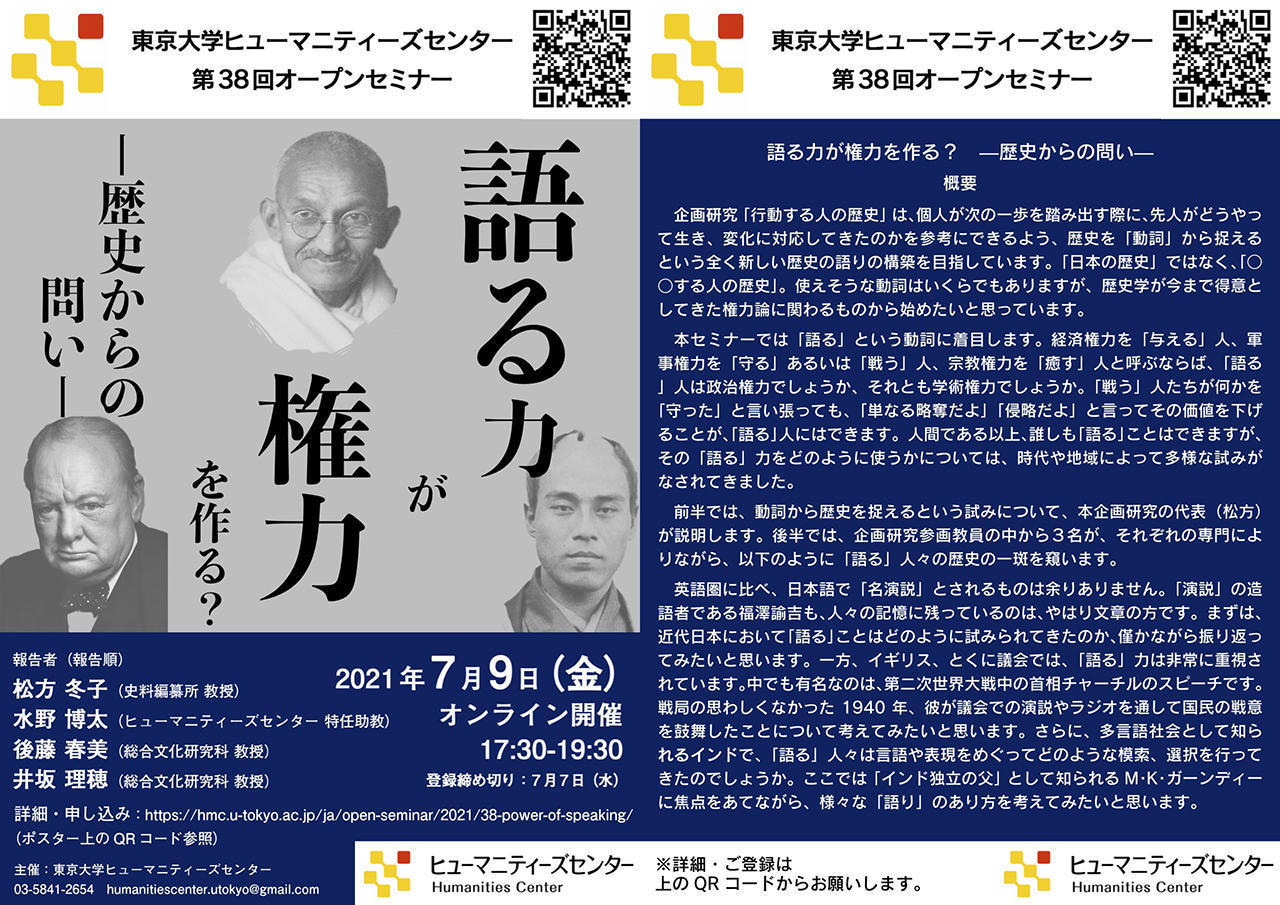 The planned research project "Historical Studies By/With Verbs: Origins of Power" aims to construct a completely new telling of history by examining history through the lens of verbs, to provide information about how our ancestors lived and responded to change, to which individuals can refer when embarking on their next step. Rather than a history of Japan, the University of Tokyo etc., this would be a "history of people who act." While there are any number of verbs we could use, we want to start with those relating to power, which has been investigated in the historical field until now.

This seminar focuses on the verb "to speak." If we describe with economic power as people who "grant" or "trade," those with military power as people who "protect" or "fight," and those with religious power as people who "heal," then are people who "speak," or "narrate" those with political power or academic power? Even if people who fight insist that they protected something, people who speak can reduce that value by saying "It's just looting" or "It's an invasion." As we are human, anyone can speak, but diverse attempts have been made in different times and places to ascertain how that power of speaking is used.

In the first half of this seminar, the leader of this project (Matsukata) will explain this attempt to examine history through the lens of verbs. In the second half, three of the faculty members involved in the project will, with reference to their respective fields of specialism, examine part of the history of people who speak, as outlined below.

Compared with the English-speaking world, the Japanese language has few speeches regarded as masterly. Even Fukuzawa Yukichi, who coined the Japanese word for "speech," is principally remembered for his writings. We first wish to reflect a little on how speaking has been attempted in modern Japan. In contrast, great importance is attached to the power of speaking in the U.K., particularly in its parliament. The most famous British speeches are those given by Prime Minister Winston Churchill during World War II. We wish to consider how he boosted the fighting spirit of the British people through speeches in parliament and on the radio in 1940, when the war was not going well. There is also the question of how people who speak have explored and chosen words and expressions in India, which is renowned as a multilingual society. In this regard, focusing on M.K. Gandhi, who is known as the "Father of the Nation," we wish to examine various approaches to speaking.