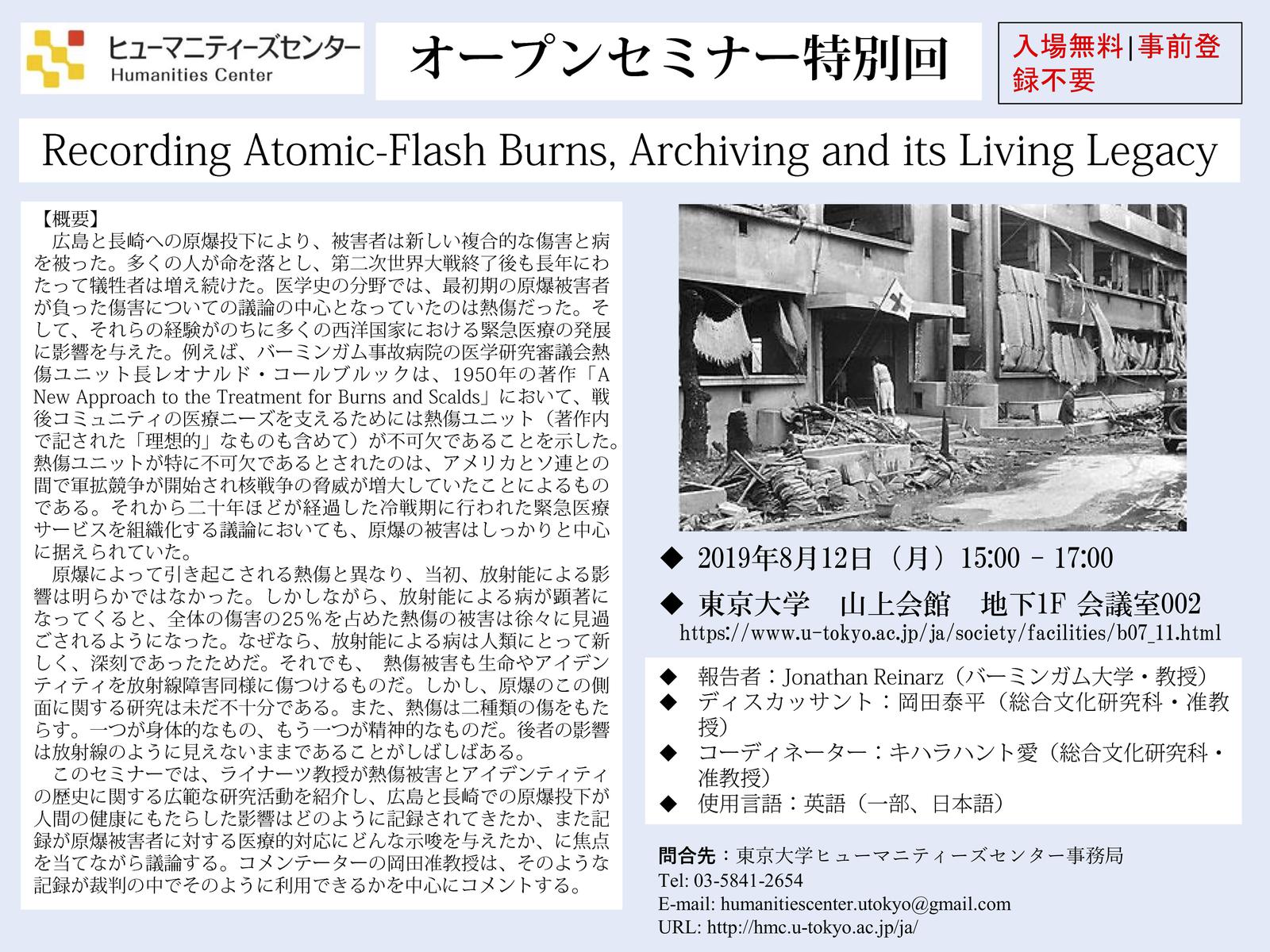 The bombings in Hiroshima and Nagasaki introduced the world to a new combination of injuries and sickness in survivors of atomic warfare. A significant number of people lost their lives as a result of the bombing, but continued to do so for years following the end of the Second World War. In medical history, the injuries sustained by the first victims of the atomic bomb have regularly been the focus of discussions about burns, and their experiences subsequently shaped the development of emergency medicine in many western countries. For example, in his book, A New Approach to the Treatment for Burns and Scalds (1950), Leonard Colebrook, Director of the Medical Research Council's (MRC) Burns Unit at the Birmingham Accident Hospital, suggests that burns units, including the 'ideal' layout described in his text, were essential to serving the medical needs of communities in the years following the war, especially because of the growing threat of further atomic conflicts with the commencement of an arms race between America and the Soviet Union. Two decades later, the impact of the A-bomb was firmly at the centre of discussions concerning the organisation of emergency medical services in the Cold War era.

Unlike the burns caused by the atomic bomb, the influence of radiation was initially invisible. However, when radiation sickness became apparent and started to cause inhumane deaths, burns, which comprised 25% of injuries, were soon overlooked because of the novelty and seriousness of radiation sickness. Nevertheless, burns injuries equally transform lives and identities, and this aspect of the bombing continues to be under-researched. In addition, burns often cause two wounds, one physical and the other mental. This latter impact, like radiation, often remains invisible.

In this seminar, Prof. Reinarz will introduce his wider work on the history of burns injury and identity and specifically discuss how the impact of Hiroshima and Nagasaki bombs on human health were recorded, and what implications that had in terms of the medical response that survivors received. Dr. Okada will make comments on how such record can be used in court proceedings.